This library exhibit explores the topic of humans and their impact on climate change.

Environmental Change, and the Carbon Footprint? 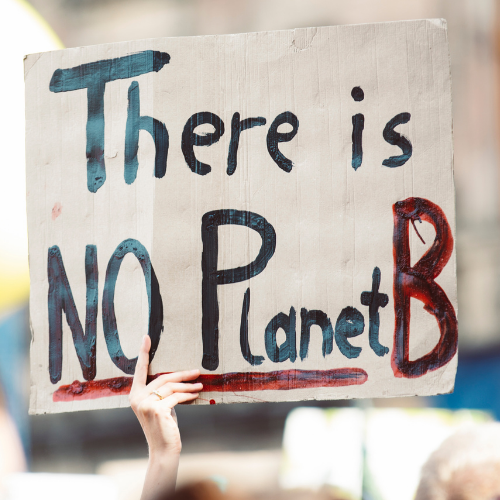 Anthropogenic Changes: relating to, or resulting from the influence of human beings on nature. Scientists use the word anthropogenic in referring to environmental change caused or influenced by people, either directly or indirectly on nature.

Climate Change in global or regional climate patterns, in particular a change apparent from the mid to late 20th century onwards and attributed largely to the increased levels of atmospheric carbon dioxide produced by the use of fossil fuels.

Earth’s global sea levels are rising –  Waters in the ocean are expanding as they absorb massive amounts of heat trapped by greenhouse gases in Earth’s atmosphere. Glaciers and ice sheets are adding hundreds of gigatons of meltwater into the oceans each year. The land surface along the coasts is also creeping up and down, affecting relative sea level rise. People are feeling the impacts, as seemingly small increments of sea level rise become big problems along coastlines worldwide.  - NASA.

CO2 - Carbon dioxide is the most significant long-lived greenhouse gas in Earth's atmosphere. Since the Industrial Revolution anthropogenic emissions – primarily from use of fossil fuels and deforestation – have rapidly increased its concentration in the atmosphere, leading to global warming. Carbon dioxide also causes ocean acidification because it dissolves in water to form carbonic acid. -  Wikipedia Commons.

Carbon Footprint: the amount of greenhouse gases (carbon dioxide) emitted by a person's activities or a product's manufacture and transport during a given time.

Fossil Fuels: Collective term for peats, coals, and hydrocarbons (crude oils and natural gases), fuels formed in the uppermost strata of the Earth’s crust by the slow transformation of biomass. The oldest coals date back to about 500 million years ago, while many peats are less than 10,000 years old. Bituminous coals, which dominate the world market, contain typically 20–22 megajoules of energy per kilogram (MJ/kg), about 10 percent of incombustible ash, and 1–2 percent sulphur. The energy content of crude oils is about 42 MJ/kg, but there are substantial differences in the fractions of light and heavy hydrocarbons and the content of sulphur. The simplest natural gas is pure methane, containing 35 MJ/m3; other gases are a mixture of methane and heavier hydrocarbons. Fossil fuels now provide about 90 per cent of the world’s primary commercial energy (the rest comes from hydro, nuclear, wind and geothermal electricity), and their combustion is the largest anthropogenic source of air pollution. - Smil, Vaclav, and VACLAV SMIL. "fossil fuels." International Encyclopedia of Environmental Politics, edited by John Barry, and E. Gene Frankland, Routledge, 1st edition, 2002. Credo Reference,

Hydraulic fracturing, also called fracking, hydrofracking, and hydrofracturing, is a well stimulation technique involving the fracturing of bedrock formations by a pressurized liquid. The process involves the high-pressure injection of "fracking fluid" (primarily water, containing sand or other proppants suspended with the aid of thickening agents) into a wellbore to create cracks in the deep-rock formations through which natural gas, petroleum, and brine will flow more freely. When the hydraulic pressure is removed from the well, small grains of hydraulic fracturing proppants (either sand or aluminium oxide) hold the fractures open.- Wikipedia.

Renewable Energy is the energy produced by using natural resources that will regenerate in time. Primary sources of renewable energy are water, geothermal heat, wind, and sunlight. The energy produced by using different organic materials, such as wood, agricultural rejects, forestry residues, and urban solid waste (called biomass) is also regarded as “renewable.” According to authoritative international agencies like the United Nations Environment Programme and the Intergovernmental Panel on Climate Change, renewable energies represent the most realistic alternative to fossil fuels. At present, renewable sources are employed chiefly in the production of electricity, but also to produce biofuels and to provide heat for industrial and private users. Over the last 10 years, the development of renewable energies has been stimulated by concern over global warming. At this time, it is believed that renewable energy sources will play a key role in limiting greenhouse gas emissions. Credo Database.

Recycling is the recovery and reprocessing of waste materials for use in new products. The basic phases in recycling are the collection of waste materials, their processing or manufacture into new products, and the purchase of those products, which may then themselves be recycled. Typical materials that are recycled include iron and steel scrap, aluminum cans, glass bottles, paper, wood, and plastics. The materials reused in recycling serve as substitutes for raw materials obtained from such increasingly scarce natural resources as petroleum, natural gas, coal, mineral ores, and trees. Recycling can help reduce the quantities of solid waste deposited in landfills, which have become increasingly expensive. Recycling also reduces the pollution of air, water, and land resulting from waste disposal.- From Editors for Encyclopaedia Britannica.

The COP26 summit brought parties together to accelerate action towards the goals of the Paris Agreement and the UN Framework Convention on Climate Change.

The cornerstone of the climate change action was, the adoption in Japan in December 1997 of the Kyoto Protocol to the UNFCCC, the most influential climate change action so far taken. It aimed to reduce the industrialized countries' overall emissions of carbon dioxide and other greenhouse gases by at least 5 per cent below the 1990 levels in the commitment period of 2008 to 2012. The Protocol, which opened for signature in March 1998, came into force on 16 February 2005, seven years after it was negotiated by over 160 nations. Adapted from: Jackson, Peter. "From Stockholm to Kyoto:A Brief History of Climate Change"  United Nations Chronicle.

Scholars have developed a number of hypotheses to explain the historical origins of agriculture. Studies of the transition from hunter-gatherer to agricultural societies indicate an antecedent period of intensification and increasing sedentism. Localised climate change is the favoured explanation for the origins of agriculture in the Levant. When major climate change took place after the last ice age (c. 11,000 BC), much of the earth became subject to long dry seasons. These conditions favoured annual plants which die off in the long dry season, leaving a dormant seed or tuber. An abundance of readily storable wild grains and pulses enabled hunter-gatherers in some areas to form the first settled villages. Adapted from Wikipedia.

Farming is the activity of growing crops and raising livestock. For more information on Farming visit the United States Department of Agriculture (USDA)

Climate change and agriculture are interrelated processes, both of which take place on a global scale, with the adverse effects of climate change affecting agriculture both directly and indirectly. This can take place through changes in average temperatures, rainfall, and climate extremes (e.g., heat waves); changes in pests and diseases;changes in atmospheric carbon dioxide and ground-level ozone concentrations; changes in the nutritional quality of some foods; and changes in sea level. 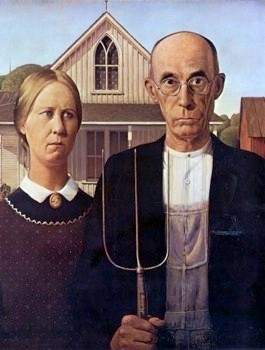 AGRICOLA (AGRICultural OnLine Access), a database produced by the National Agricultural Library (NAL), consists of two subsets of records. The first contains citations for journal articles that include abstracts. The second consists of bibliographic records describing monographs, serials, audiovisual materials and online content from around the world. AGRICOLA includes but is not limited to resources available in the library. The database contains 5,200,000+ records and includes printed works from as far back as the 15th century. 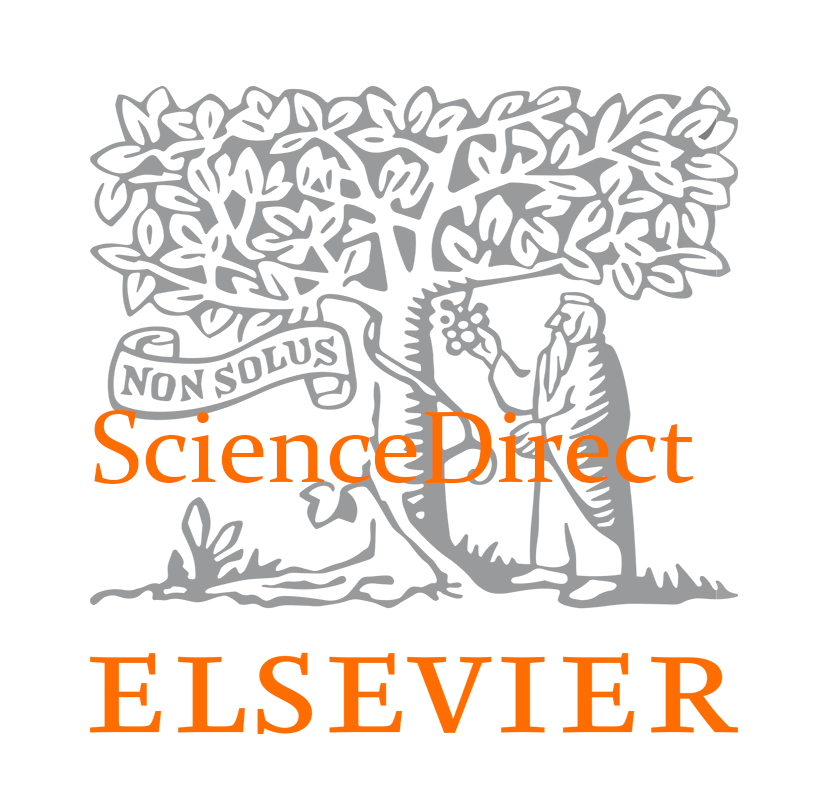 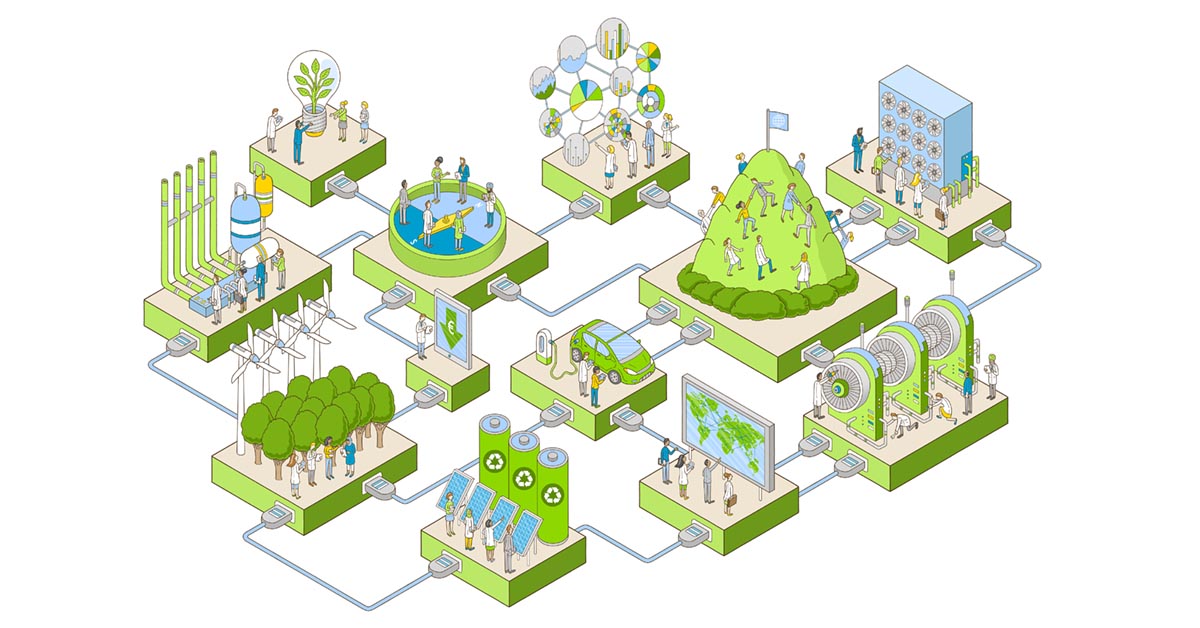 You can obtain the  Elsevier's Report: How can research help the world hit net zero by 2050? October 28, 2021.  Explore emerging trends and opportunities to maximize the impact of clean-energy research. Elsevier journals offer the latest peer-reviewed research papers on climate change, biodiversity, renewable energy and other topics addressing our planet’s climate emergency. Join us in working towards a sustainable future with our editorially independent report on creating a Net Zero future.- From Elsevier.